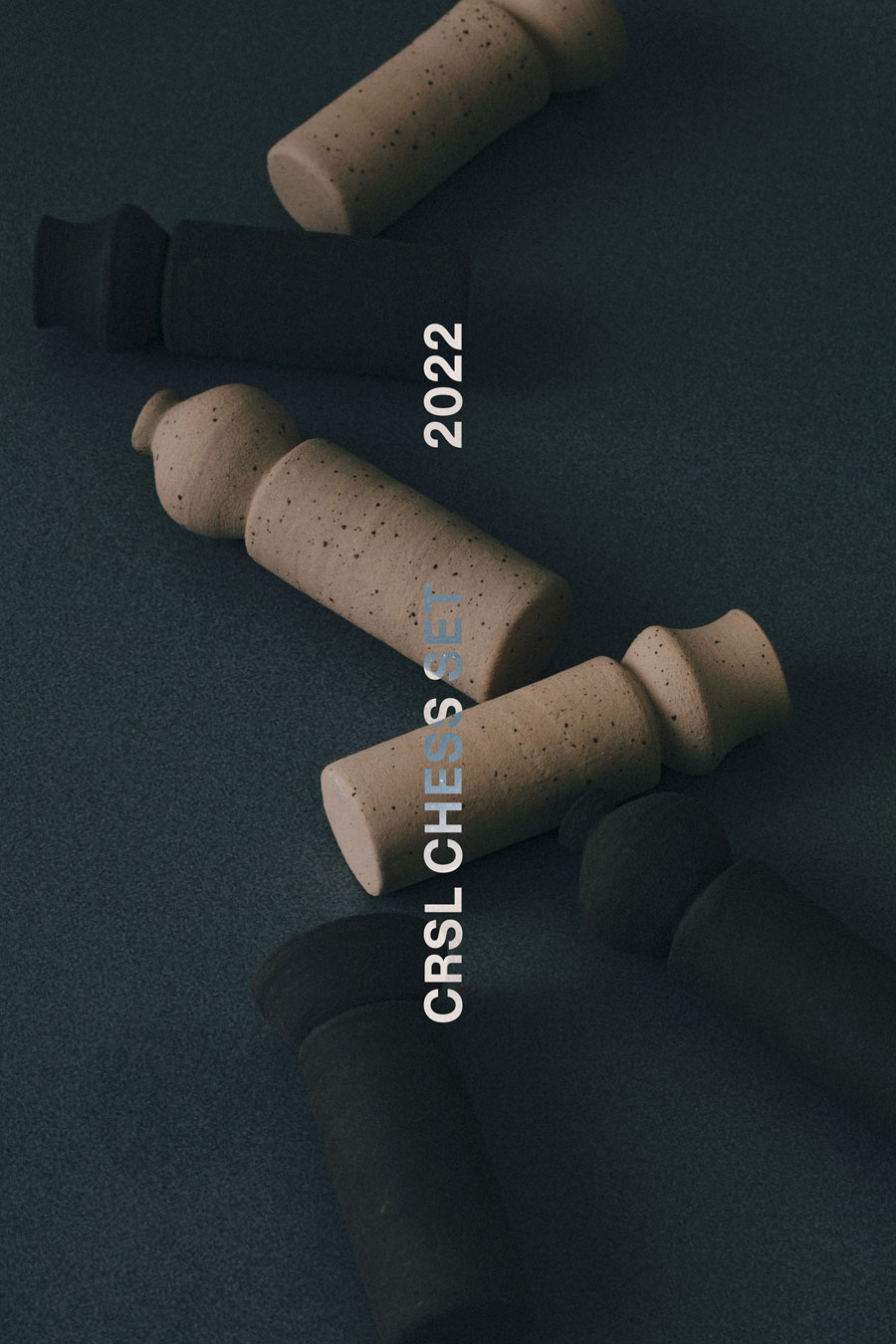 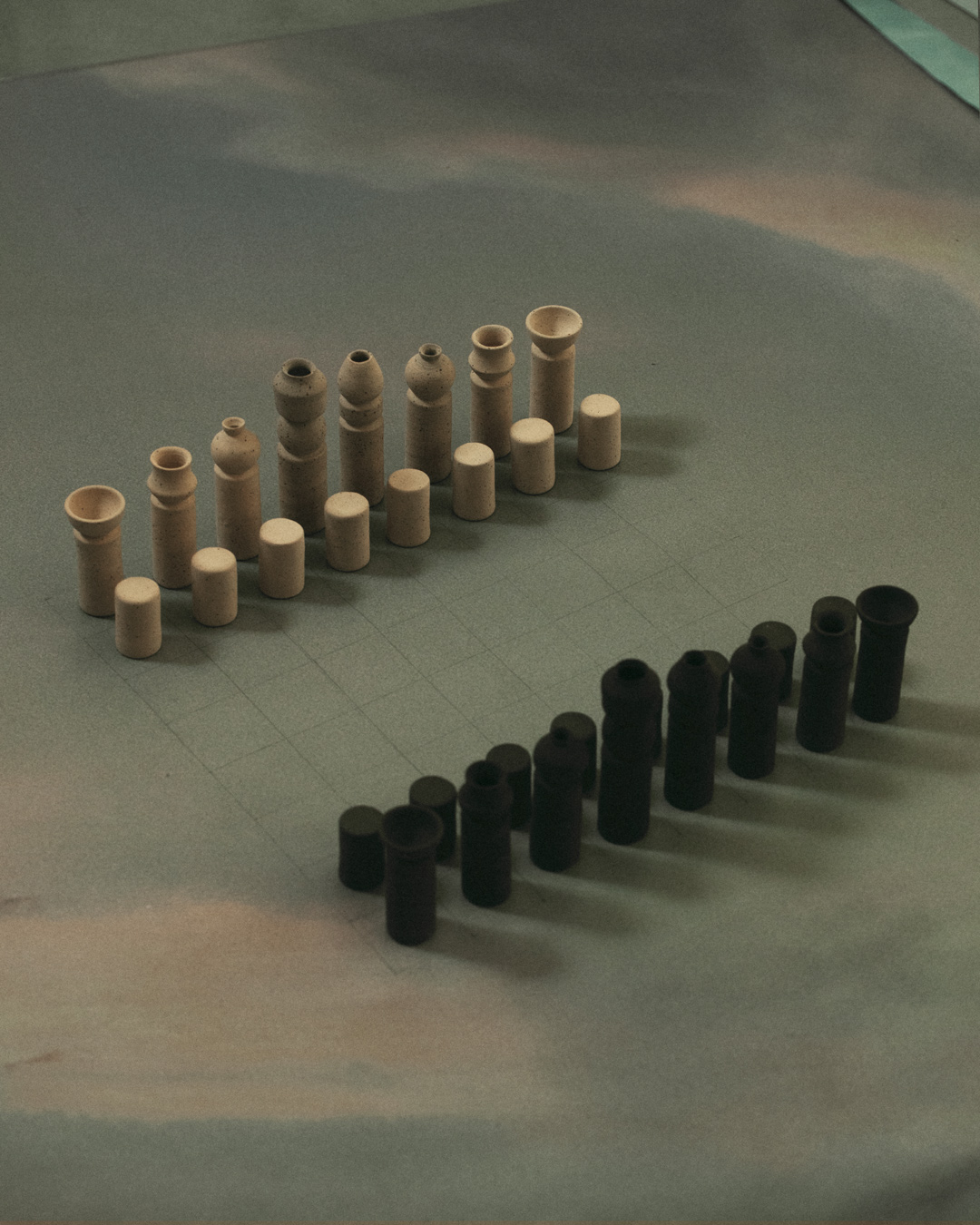 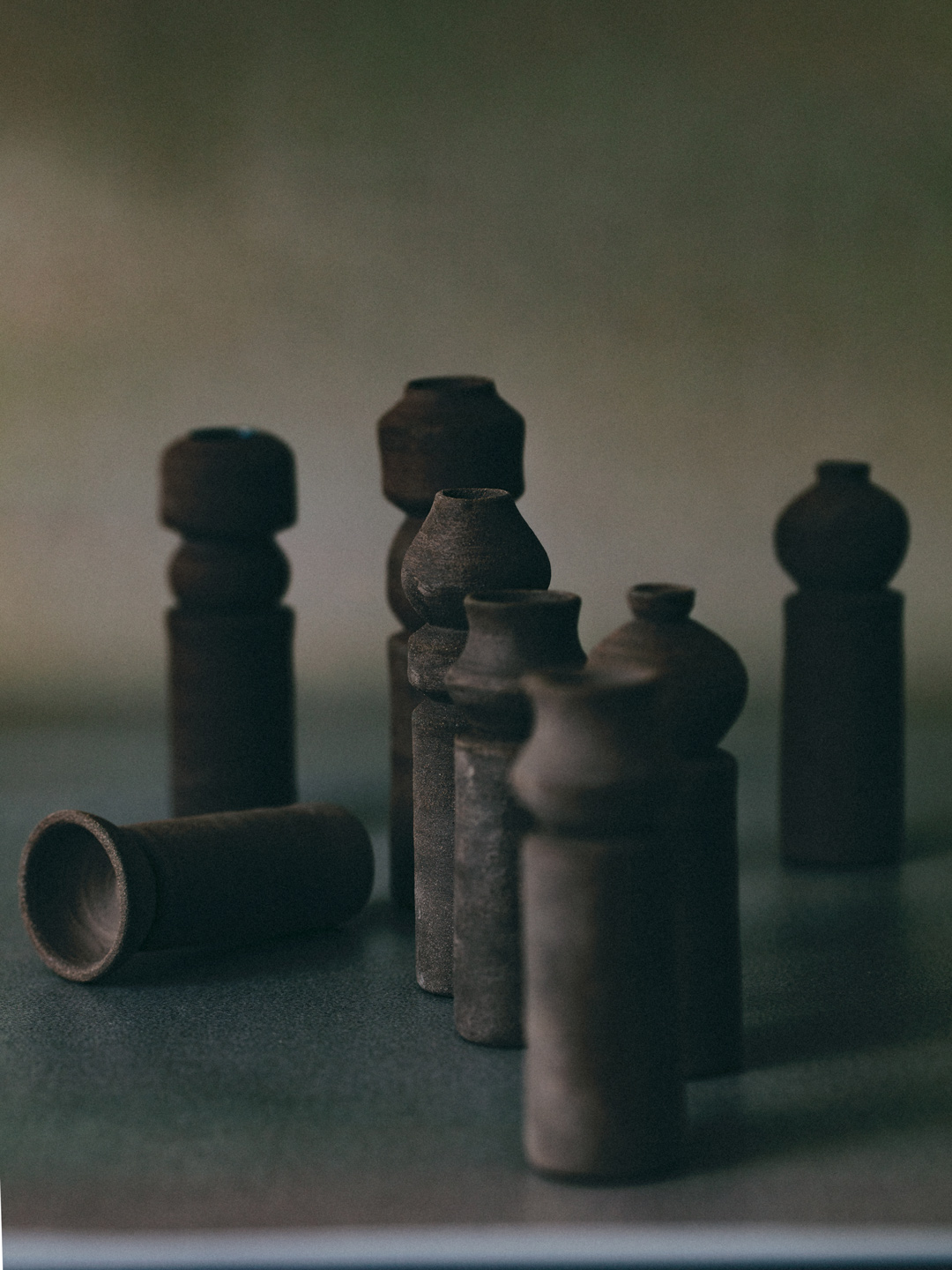 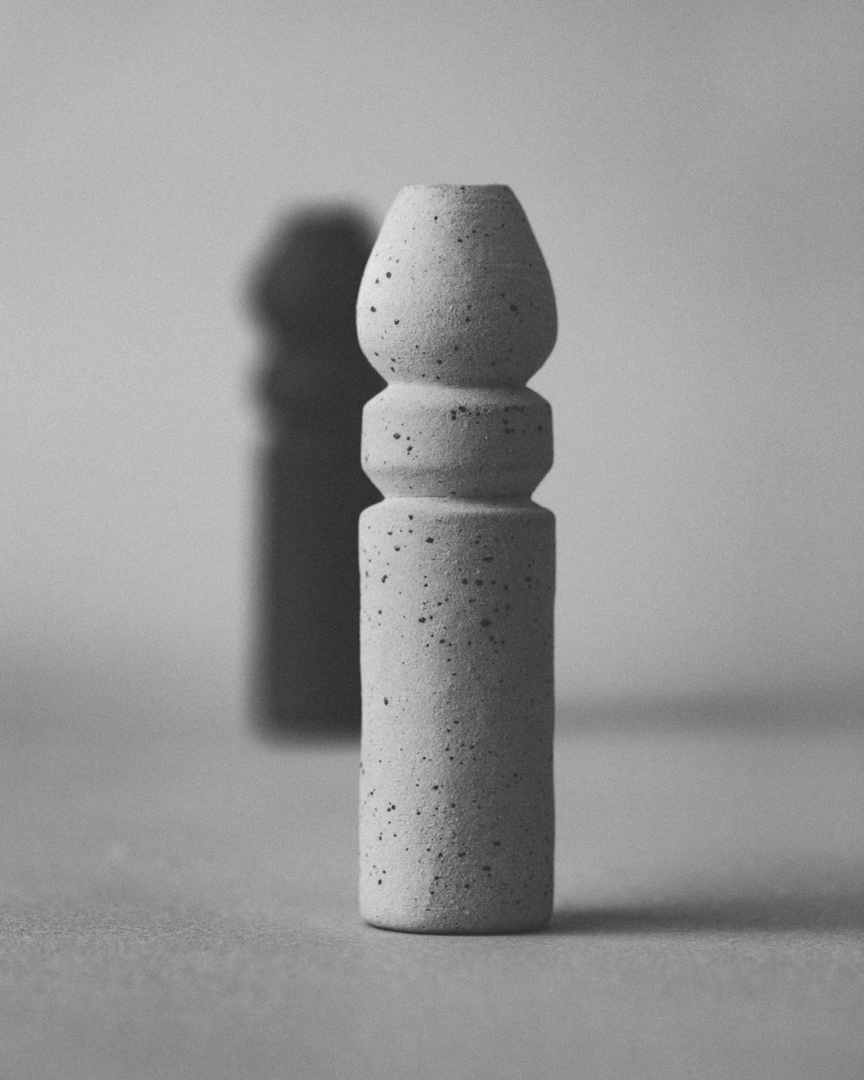 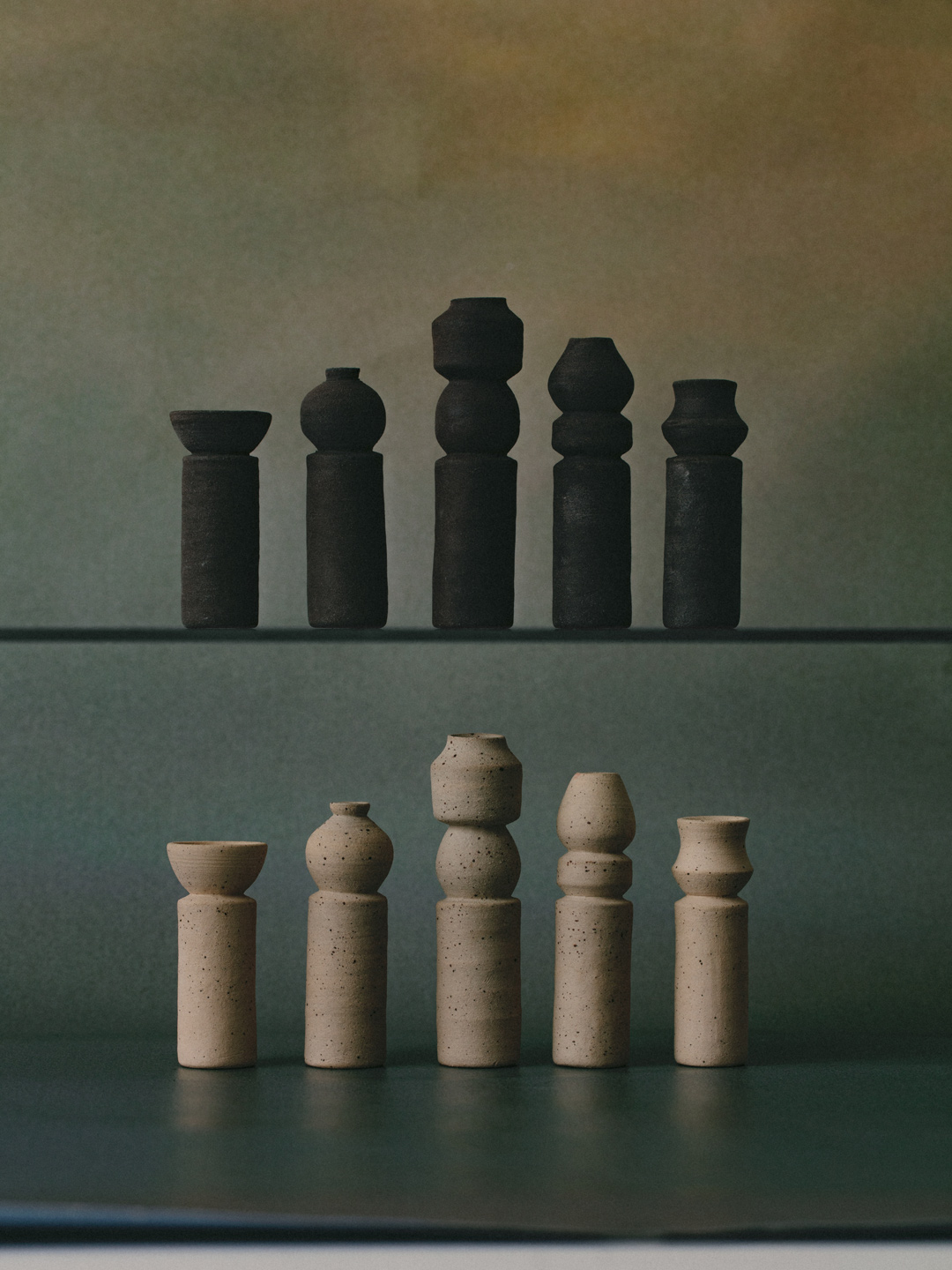 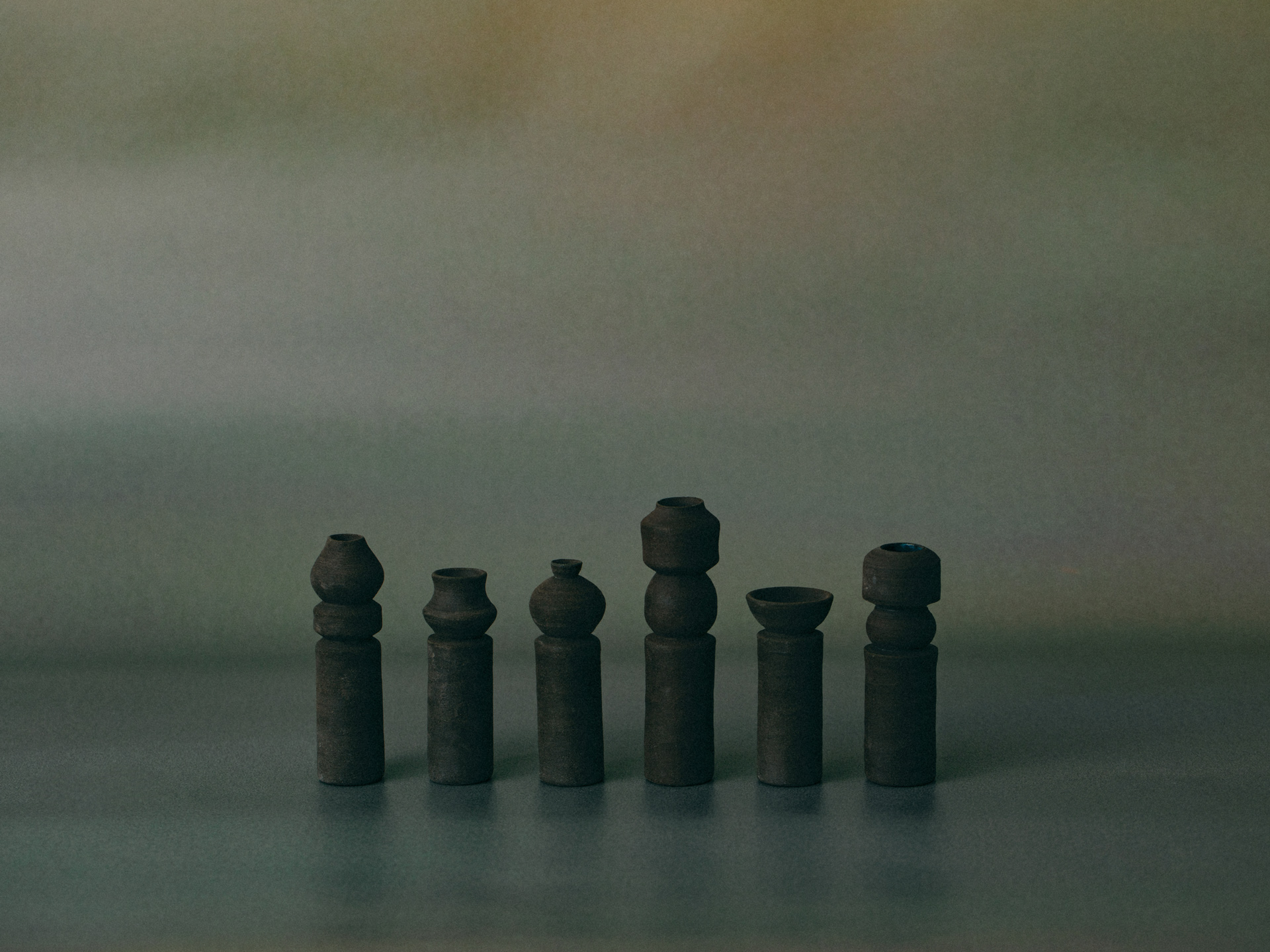 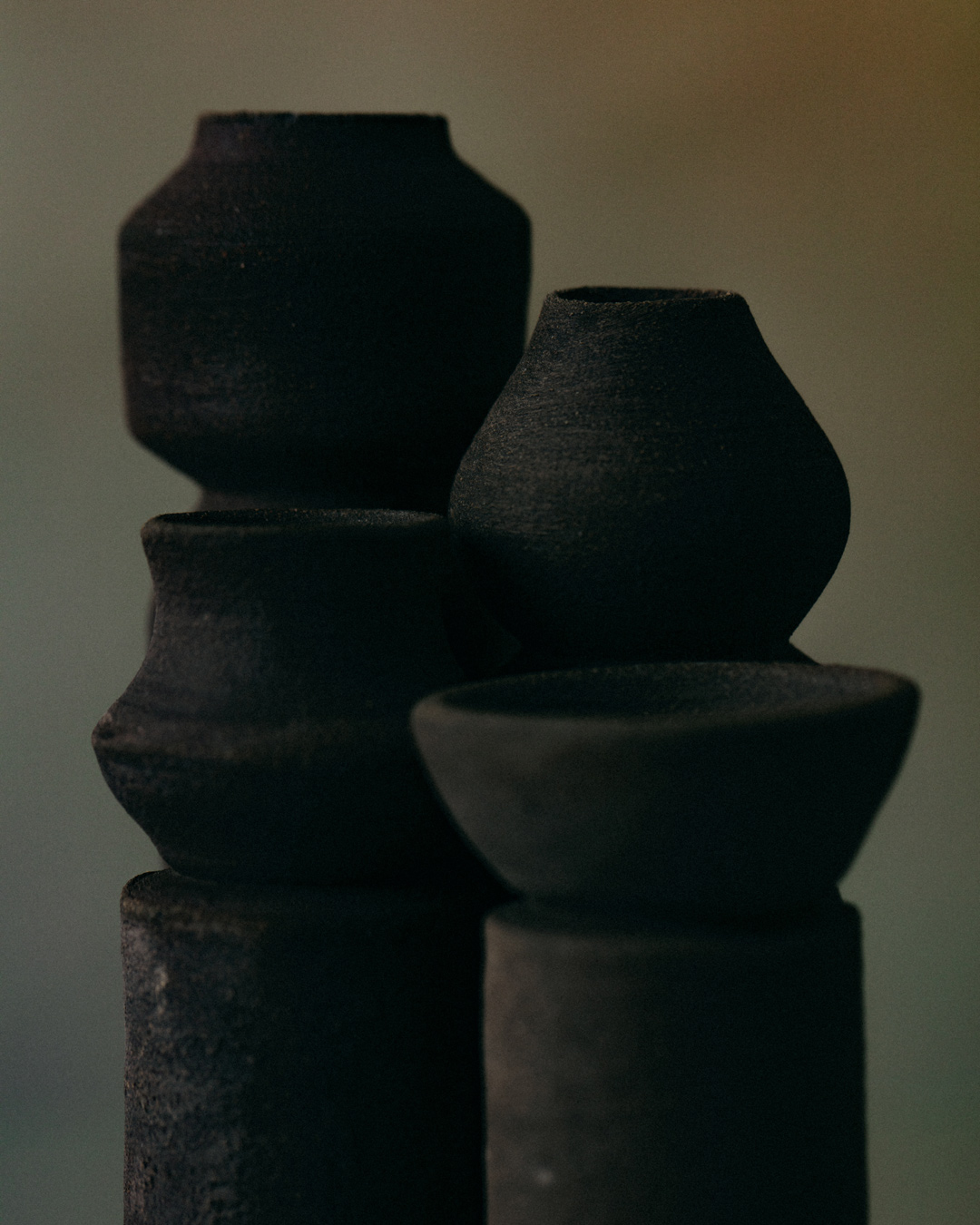 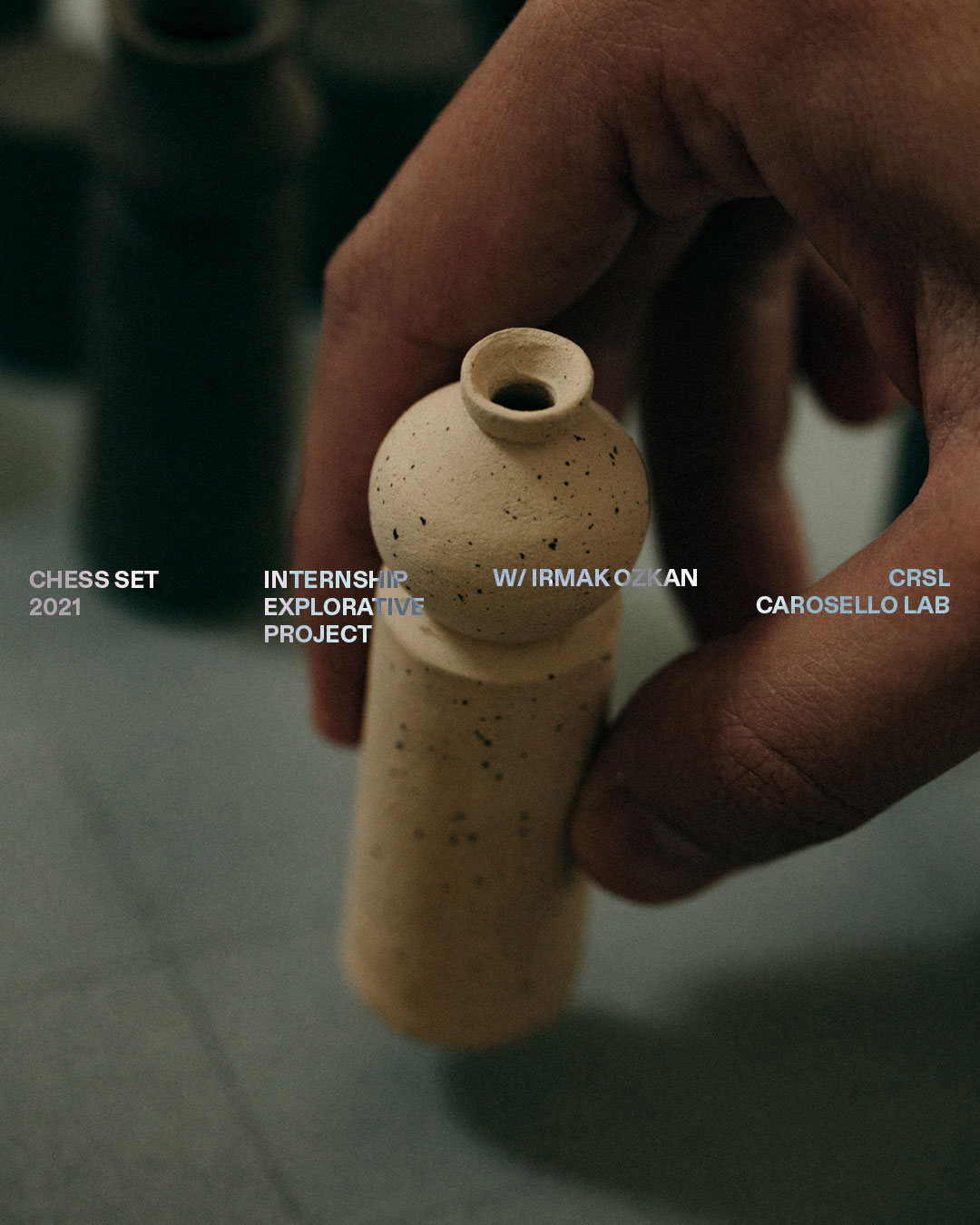 Alongside our daily work focused on commissioned projects for clients, we try to take as much time as possible to experiment, reflect, learn. We do it through the methods of design, writing our own briefs, researching, sketching, prototyping, treating new materials and learning new techniques. For this kind of projects the outcome is of secondary importance. The process is key, as it gives us space for new forms of interaction between us and, in this case, with external collaborators.

In 2021 we engaged Irmak Ozkan, who was graduating from Politecnico di Milano – and doing a three months internship here at CRSL – in the process of designing a chess set. A talented product designer, Irmak comes from a family of potters: her parents run a pottery laboratory and shop In Ankara, Turkey.

Originally invented in India around the VI century, widespread among the Persians, and brought to the west by the Arabs four hundred years later, chess defined its modern form in Italy and Spain during the Renaissance. As a fascinating bridge between East and West, it felt an appropriate object to work on with Irmak.

The process focused on form and material treatment. To refer to its origins, the chess pieces are shaped after containers that are commonly used all over rural India to store food and water. The material is raw, handcrafted with expertise by Irmak parents in their workshop in Ankara. We learnt about clay and how its textures and color react to different temperatures, having fun as the pieces got to their final shape.

As art directors, photographers and graphic designers we then used the chess pieces to keep creating. Presented here you find a set of images and four posters representing some of our favorite chess games. 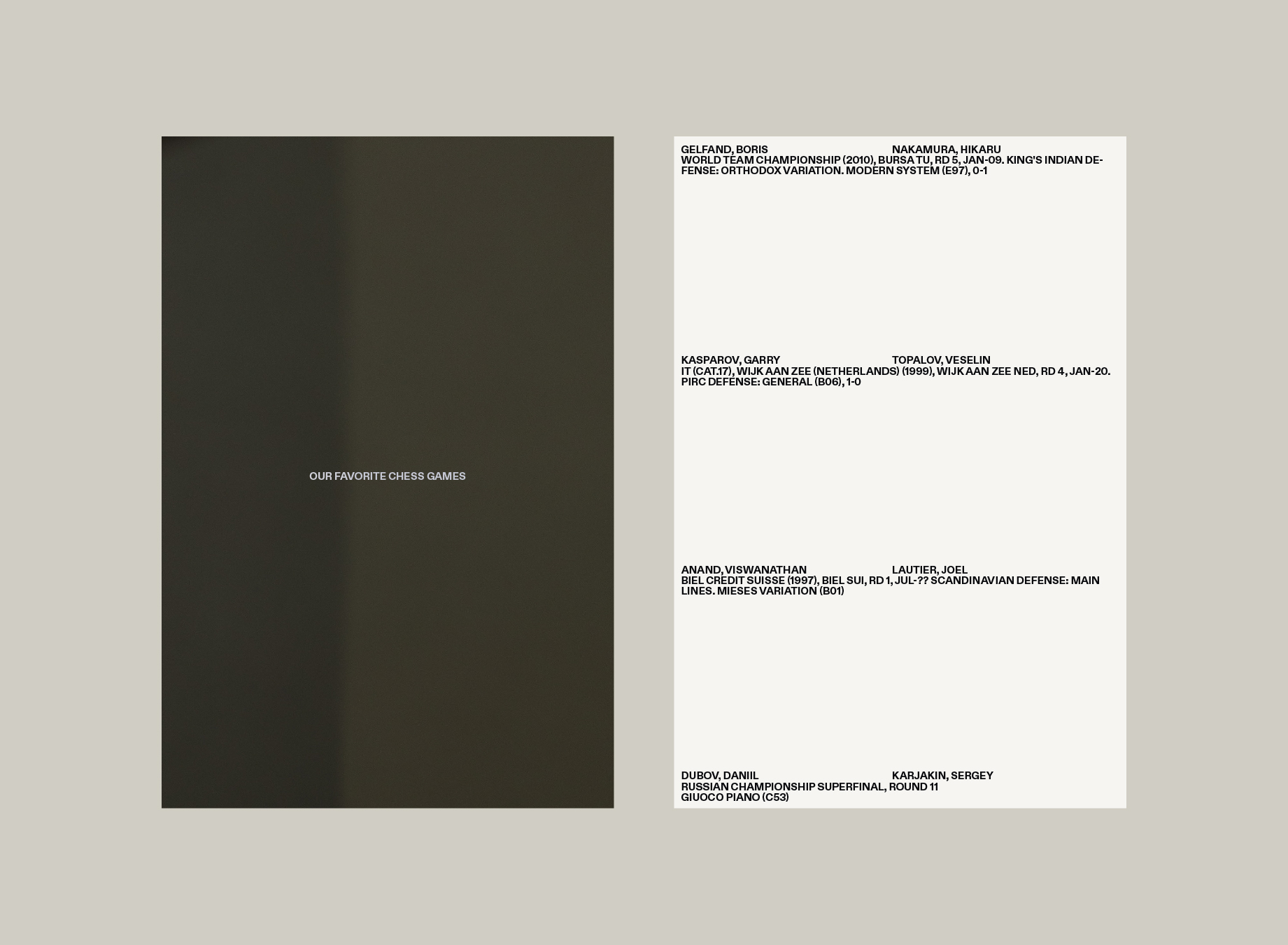 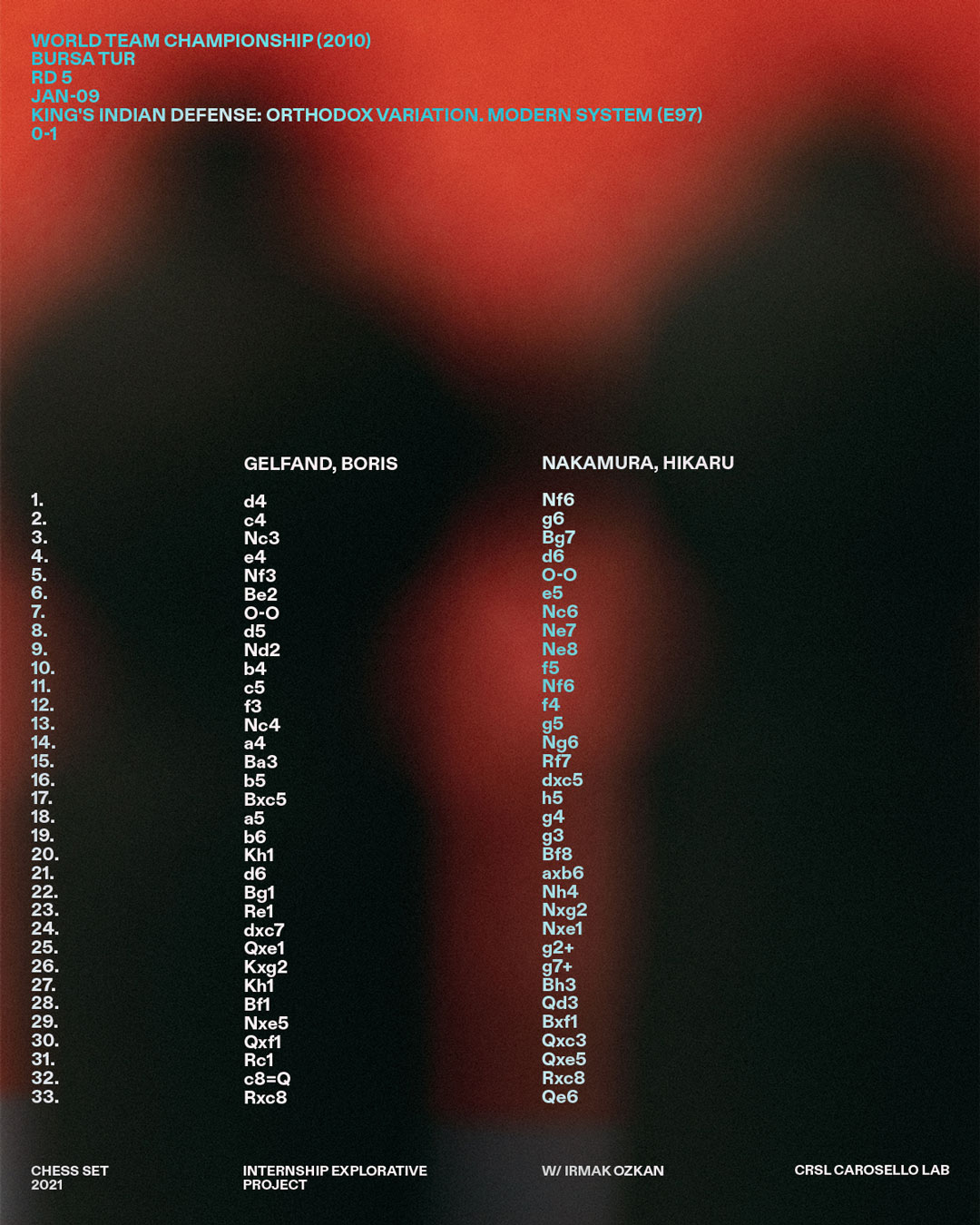 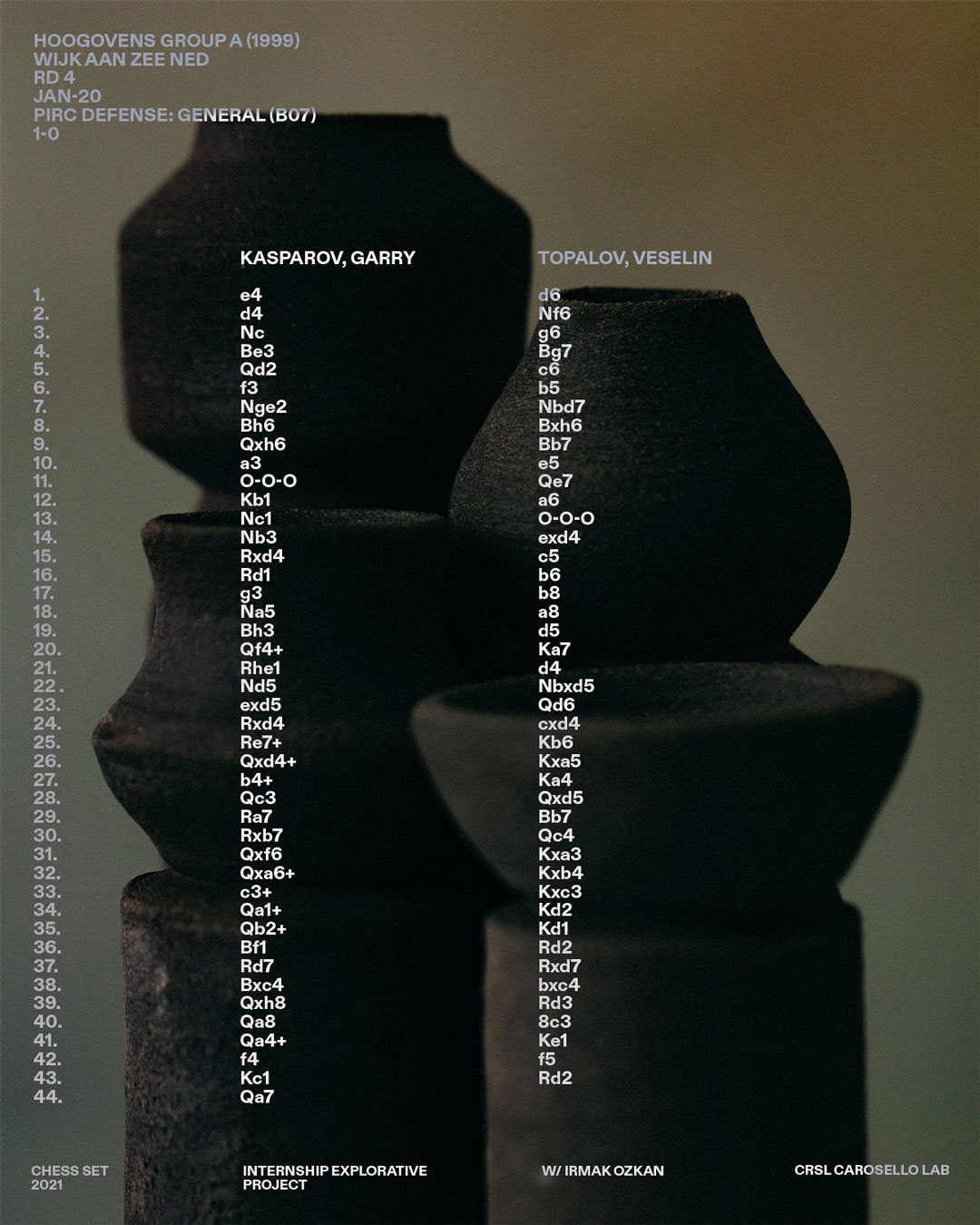 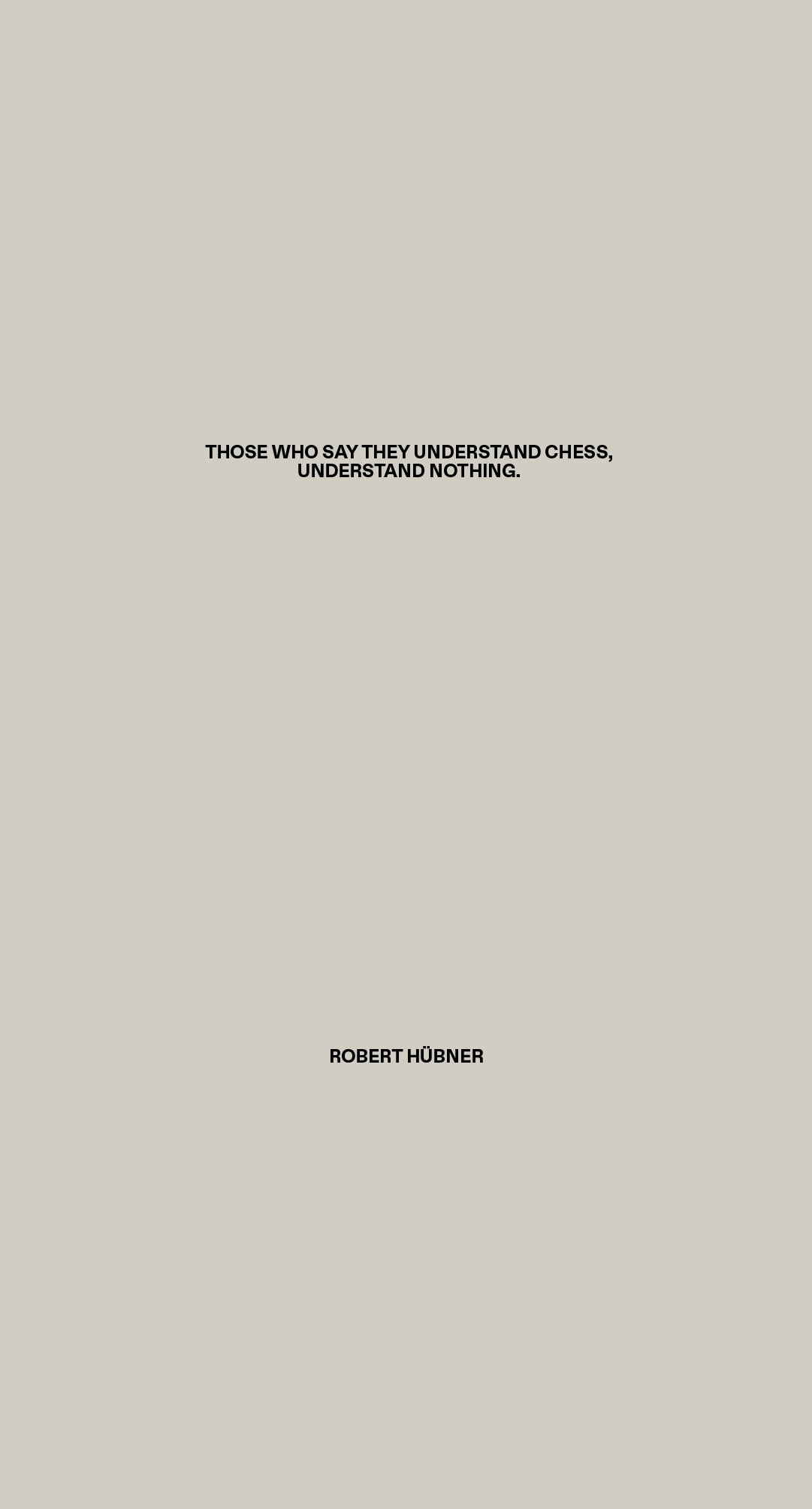 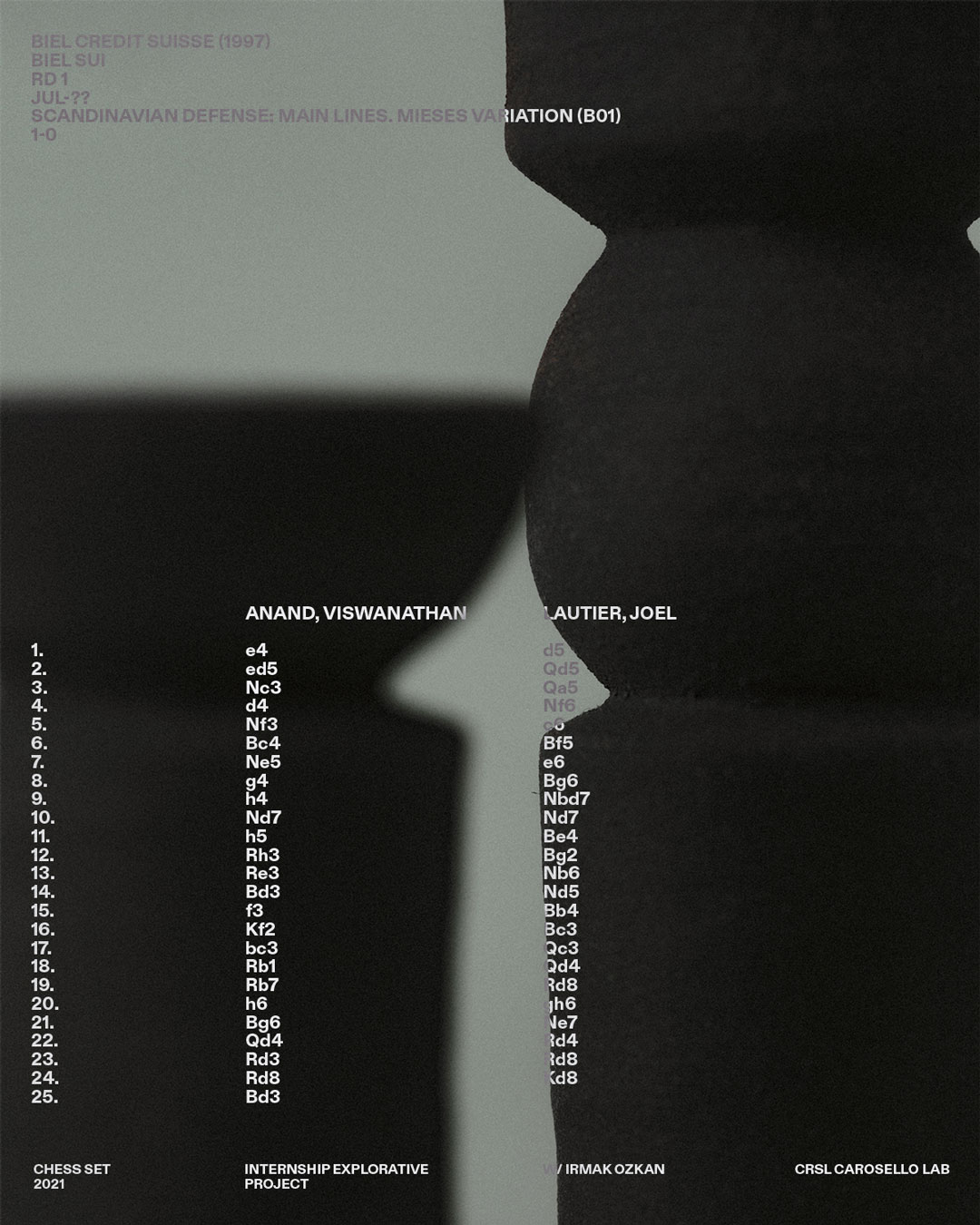 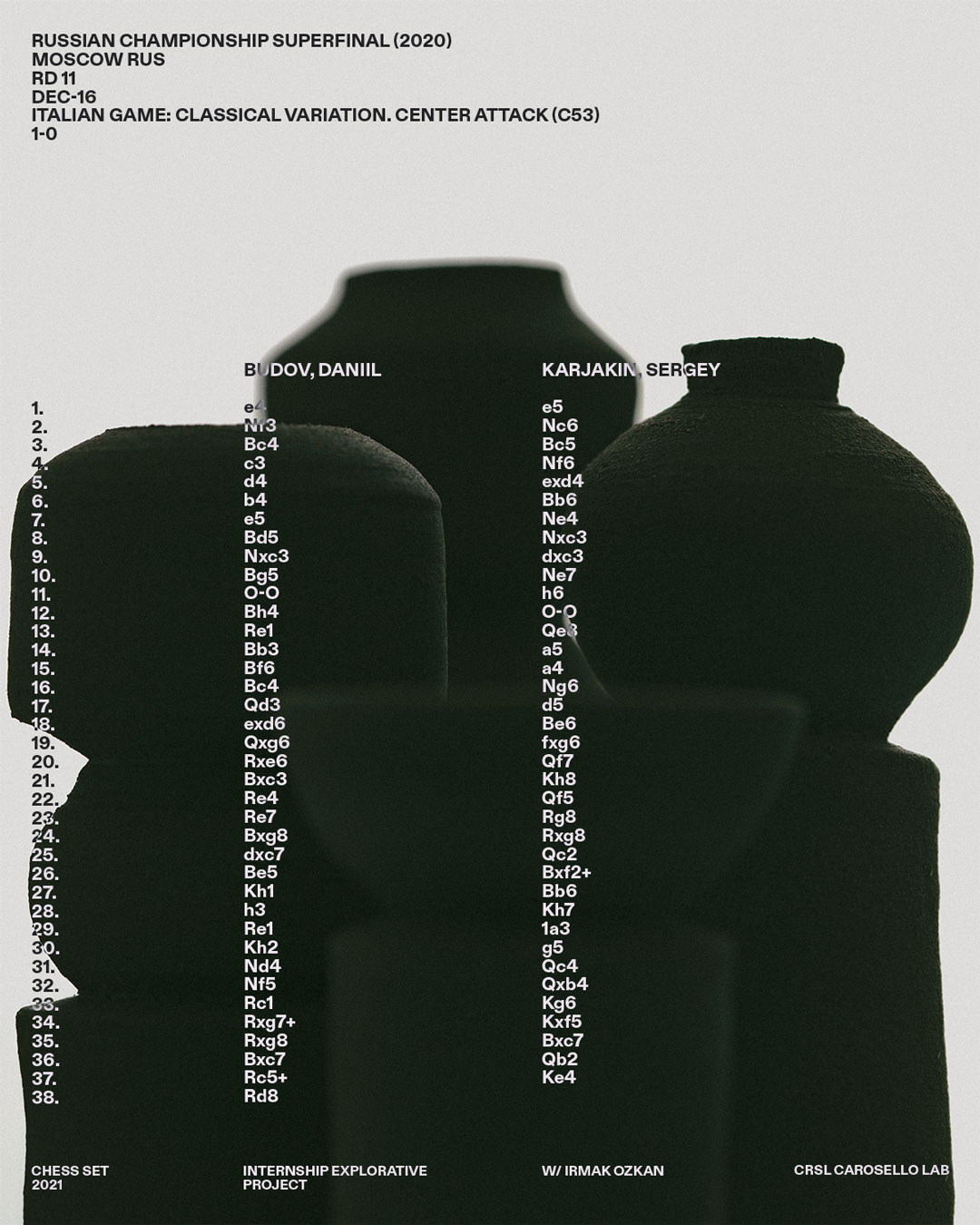 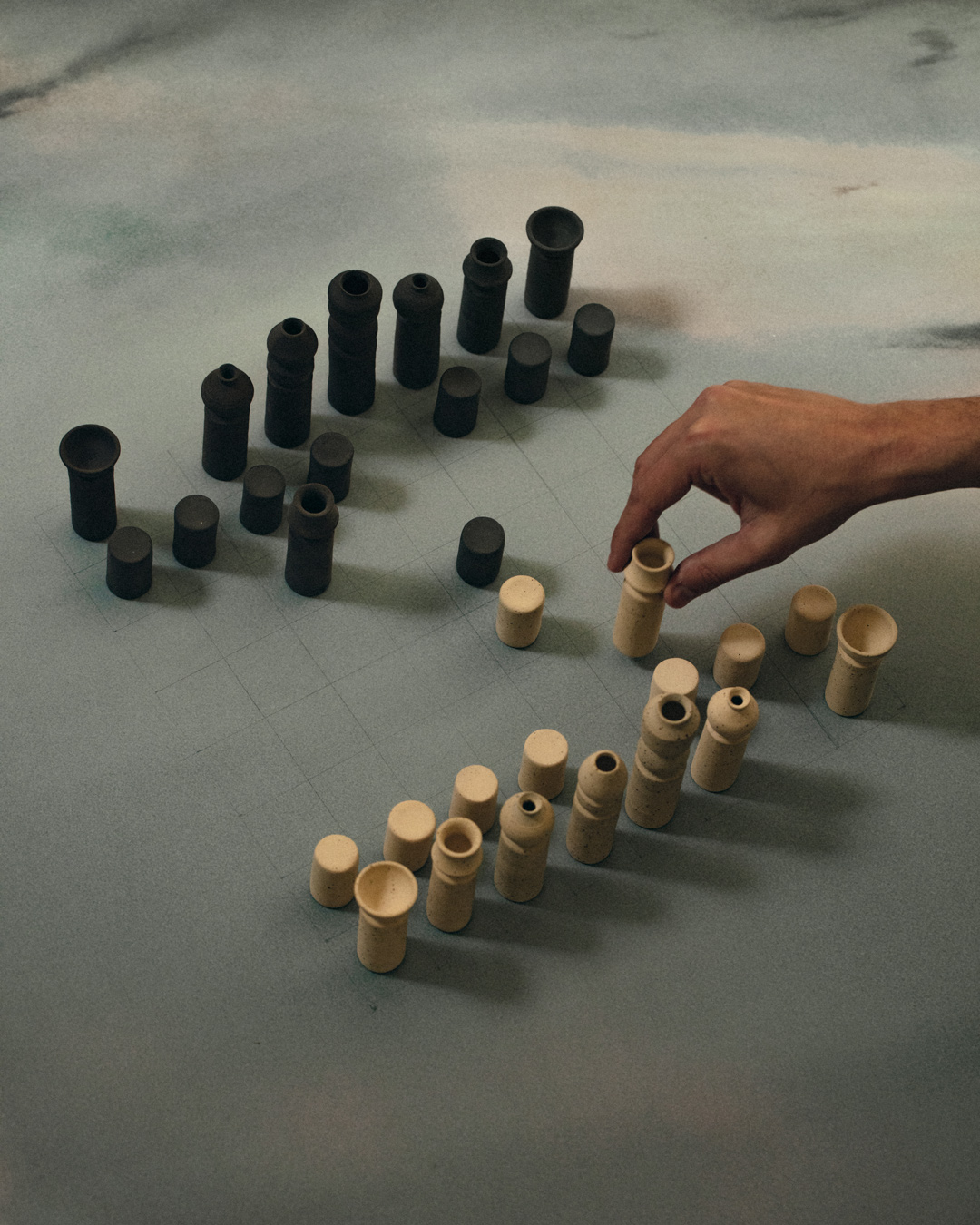